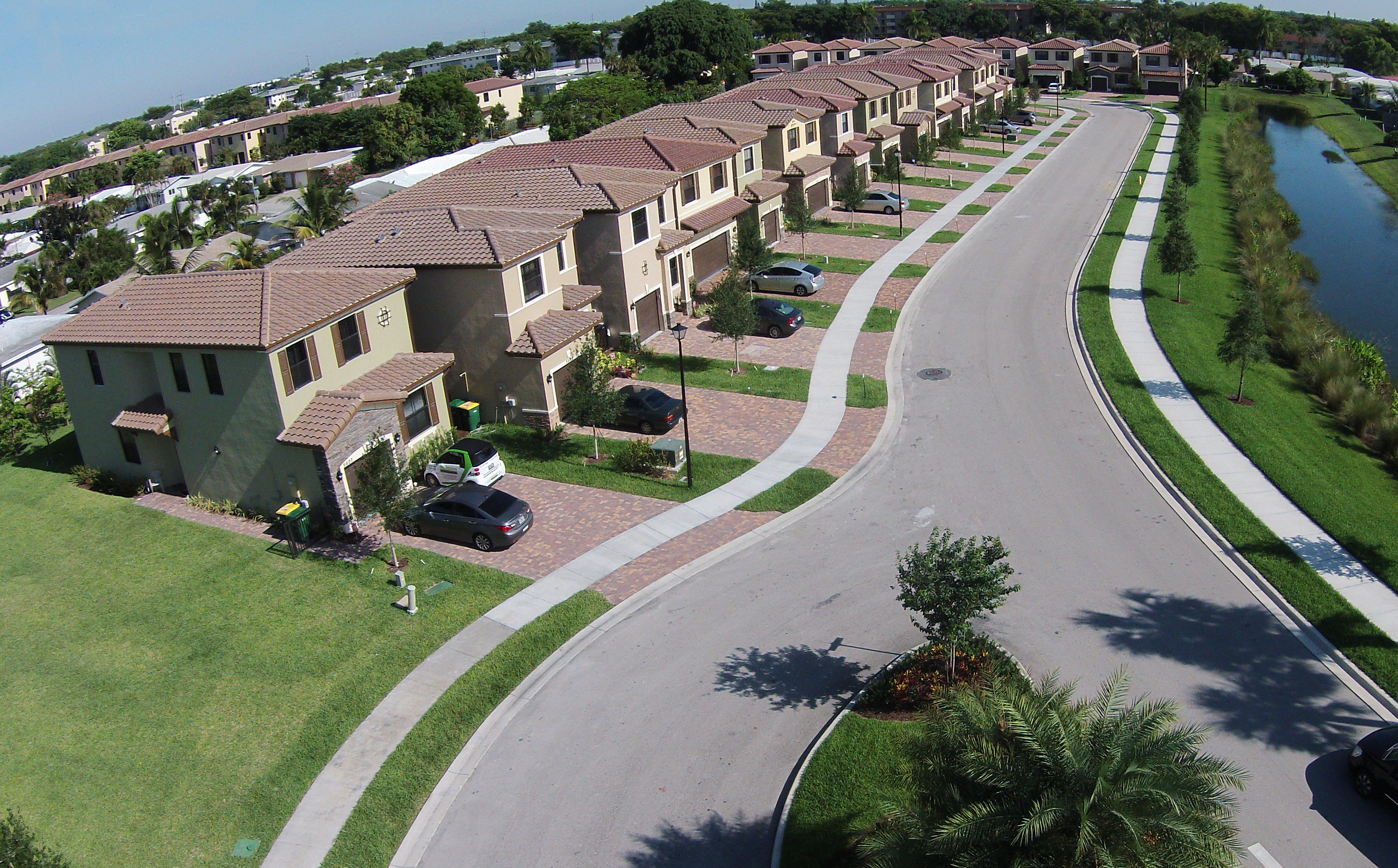 Less than two years after launching sales, Central Parc in Tamarac is down to its final five homes.

The 253-home community, located on a former golf course along Commercial Boulevard just west of Florida’s Turnpike, is considered one of the most affordable new single-family projects in Broward County. Prices range from $274,000 to $332,000.
Despite steadily increasing prices recently, the developer, 13th Floor Homes, is selling more than a dozen homes a month on average. It expects to sell out in about two weeks.

“It’s an extraordinarily quick pace, and really that proves our thesis that people who live and work down here are not being served,” said Mike Nunziata, division president for 13th Floor, formerly known as Central Communities. “There’s a pent-up demand for new,single-family housing.”

The three- and four-bedroom homes range from about 1,600 to 2,100 square feet. They have granite countertops, concrete tile roofs and brick-paver patios. Homeowner association dues cost roughly $100 a quarter.
Earvin and Yuri West moved into a three-bedroom Central Parc home last summer. They needed easy access to his job in Boca Raton and hers in Oakland Park — and they were
trying to avoid the hassle and expense of renovations.

“For new construction, you’re not going to be able to buy a single-family home in this price range,” said Earvin West, 25, a wealth manager. “We wanted something that was move-in ready, something we didn’t have to fix up. And this was exactly what we wanted. No headaches.”

Land prices have soared in recent years amid a shortage of buildable lots. As a result, many builders offer luxury homes that are out of reach for most middle-income buyers.
“There’s a big gap in (the price) a builder can deliver a home for and the affordability of a first-time buyer,” said Anthony Trella, an industry consultant in Deerfield Beach.
Central Parc used to be the Sabal Palm golf course. Public records show 13th Floor paid $6.5 million for the 40-acre site in 2011 after the land’s previous owners were involved in a public corruption scandal. 13th Floor declined to discuss terms of the acquisition.

When Central Parc sells out, 13th Floor will launch sales for a second phase: 239 single- family homes across from Central Parc on 60 acres south of Commercial Boulevard.

Formerly known as Central Parc South, that project has been renamed Manor Parc. Prices there will start in the high $200,000s, while some of the largest homes will have five
bedrooms and be priced in the high $300,000s, Nunziata said.

The builder also has plans for a third project in the area. Hidden Trails will have 214 single-family homes at the southeast corner of Commercial and the turnpike. That development also will be targeting middle-income buyers, with sales expected to start later in 2016.

“They should knock it out of the park,” Trella said. “The unsatisfied demand in South Florida is incredible.